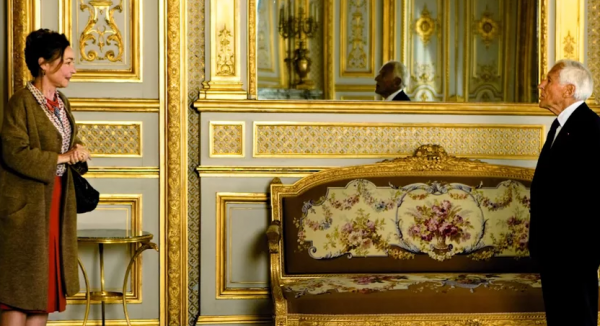 The 28th Cork French Film Festival, coming up 5th to 12th March 2017, brings you the latest and best from France, with a strong emphasis on contemporary French cinema.

The main programme is at the Gate cinema, packed with new releases, Premieres and Previews. There is something for everyone – the very popular Education Programme for second level, family screenings, shorts programme…

Cork French Film Festival is specially honoured to welcome Yann Arthus-Bertrand, internationally acclaimed Photographer and Director, to present his latest film ‘HUMAN’. While in Cork, he will also give a Masterclass in UCC.

Manal Issa, French-Lebanese star of ‘Parisienne’, will be in Cork to introduce her film on International Women’s Day.

Keeping up Cork French Film Festival’s well known tradition of Cine-Concerts and live events, the Festival is delighted to welcome back Cork born artist and composer Raymond Scannell in the Cork School of Music. Raymond will score and perform a commissioned live work for the Festival on silent film ‘L’Appel du Sang’, accompanied by Kate Ellis on cello.

Cork French Film Festival continues its enduring link between food and cinema, with a sumptuous Candlelit Dinner and screening at Ballymaloe. French chocolatier Benoît Lorge will give a demonstration in CIT. Buffet dinner, wine pairing and screening at The River Lee.