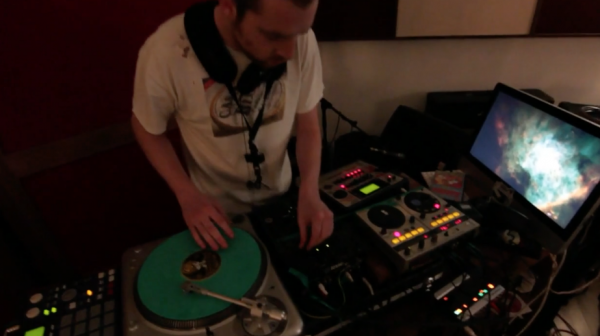 Renowned Irish improvisers OKO have teamed up with uncompromising musician and prolific
composer Tim Berne, and will tour new works in five venues through Ireland in March 2016. Since the moved to New York City in the mid W’70s, alto and baritone saxophonist, composer, and bandleader Tim Berne has been an important member of that city’s creative music community; he asserts a strong and singular musical personality throughout his diverse and frequently absorbing works.

He has released a significant body of work over the decades spanning dozens of critically acclaimed recordings, being a unique and separate musical voice since his first forays into free jazz. His inclusion on this tour is a major coup for OKO and for jazz in Ireland in general. To have a musician of such high quality and vision to perform throughout the country in collaboration with native musicians is an exciting prospect.

They released their debut album “I Love You Computer!Mountain” on Diatribe records in March 2014 to much acclaim.

In these five concerts, Berne and OKO will perform together as a single entity to create! new, exciting & challenging work.

This tour is presented with support from the Arts Council Touring & Dissemination of Work Scheme.