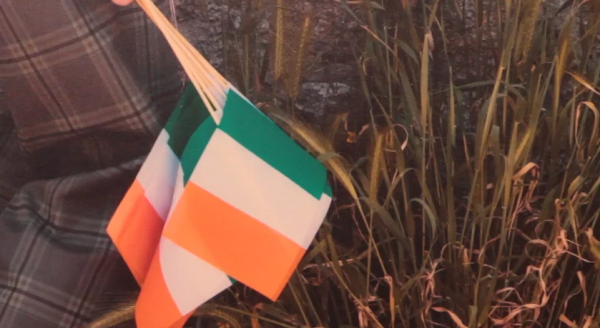 Would You Die for Ireland? presents a series of photographic works and installations by John Byrne exploring the artist’s childhood memories of growing up during the Troubles, exhibited alongside his iconic film, Would You Die for Ireland? The film, which was initially presented as a projection on a cell wall in Kilmainham Gaol to mark the bicentenary of the death of Robert Emmet in 2003, features the artist posing this emotive question to people on the streets of Belfast, Cork and Dublin. Those confronted included members of the public, the Gardai, Defence Forces, The Orange Order and the-then Taoiseach, Bertie Ahern.