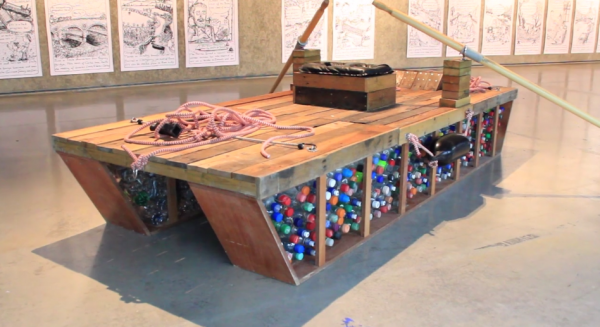 Fergal McCarthy lives beside the filled-in harbour at the Guinness Factory in Dublin, the final destination until 1961 for thousands of barley-loaded barges that travelled from Carlow to Dublin along the Barrow and the Grand Canal. Using shipping palettes and hundreds of plastic bottles extracted from the canal near his home, a raft has been assembled to retrace this route in reverse. Salvaged ephemera gathered during the journey to Carlow will be assembled into artworks at VISUAL, the gallery becoming a production space for river-borne material at the opposite end of this once vital transport system.