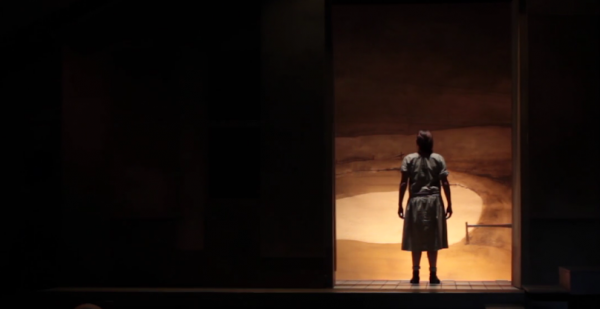 A Moon for the Misbegotten is written by four-time Pulitzer Prize winner and Nobel Prize-winning playwright Eugene O’Neill, this production features an international creative team and is directed by Theatre Royal Artistic Director and Former Artistic Director of the Abbey Theatre, Ben Barnes.

The play at its core is a stark look at humanity in its basest and loveliest form.The play is a sequel to O’Neill’s Long Day’s Journey into Night.

The jaded James Tyrone is on the edge of despair, and the fiercely passionate Josie Hogan is lonely beyond endurance. But on this night, when they meet on a barren patch of earth in the glow of an autumn moon, hope sparks between them.

In Josie Hogan, O’Neill has created one of the great female characters of contemporary American theatre.

The cast is drawn from both Ireland and the USA and includes Broadway actress Kate Forbes (The School for Scandal, for which she received an award for Outstanding Broadway Debut), Irish actors Mark Lambert and Michael Quinlan and American actor Don Mackay (Modern Family, Elementary).

The production is designed by Joe Vanek who designed the Tony Award Winning Dancing at Lughnasa on Broadway. Ann G. Wrightson was a Tony nominee for her work on Tony Award-winning August: Osage County (2008).