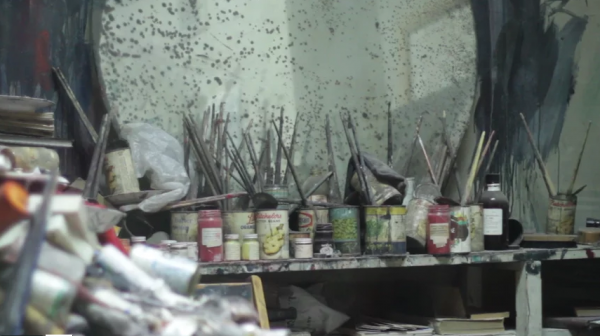 Francis Bacon (1909-1992) is one of the most famous artists of the 20th century. Although he lived most of his life in London, Francis Bacon was born in Dublin in 1909 and lived in Co. Kildare with his family.

When he was 16 he decided to see the world. He travelled to Berlin and Paris and he was fascinated by these large and bustling cities. He was especially impressed with the museums and galleries he visited and was amazed at some of the artists he saw. When he was in Paris he saw an exhibition of drawings by Picasso and these inspired him so much that he decided to pick up some brushes and try to become an artist himself!