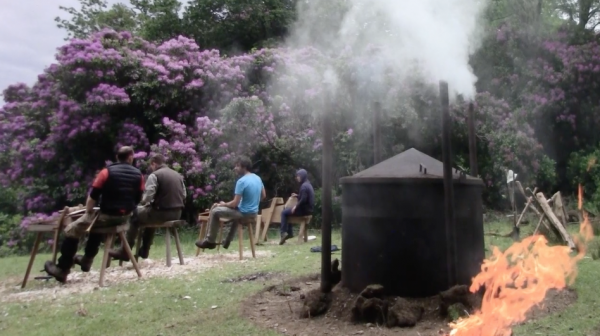 First introduced to Ireland in the 1700’s as an ornamental landscape feature, this plant has become deeply problematic within the national park and across many celebrated landscapes of Ireland and the British Isles, threatening native species. Ironically the invasive plant, a hybrid creation of the eighteenth century botanical nursery, has also become an iconic touristic image in the park, with its prolific purple blooms. Kennedy presents a speculative history of the park landscape from the Plantation of Munster in the late 16th Century to the park’s current status as a tourist destination and special area of conservation.