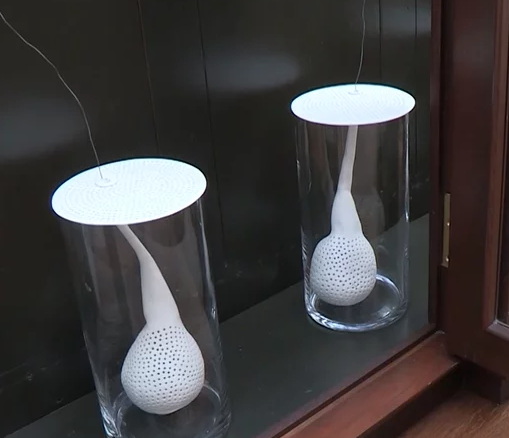 “Boole’s system of logic is but one of many proofs of genius and patience combined. … That the symbolic processes of algebra, invented as tools of numerical calculation, should be competent to express every act of thought, and to furnish the grammar and dictionary of an all-containing system of logic, would not have been believed until it was proved.” – De Morgan, a contemporary of Boole. Today, Boolean logic is a central element of computer programming.

Aesthetic Logic is an exhibition by visual artist Marie Foley and curator Jobst Graeve responding to the scientific contributions of George Boole. The project unifies the two anniversaries: his birth 200 years ago in England and his death in Cork 150 years ago during his tenure as the first professor of Mathematics at Queens College, Cork (today UCC)*. The timeline will be marked by two fixed assemblages one for each anniversary, the installations will evolve over the course of the yearlong exhibition. There will be periods of rapid change and periods of slow or no change.