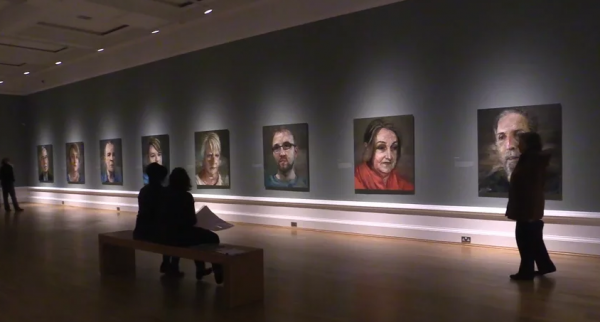 An exhibition of portrait paintings by Colin Davidson (born 1968), reveals the stories of eighteen people who are connected by their individual experiences of loss through the Troubles – a turbulent 30-year period in Northern Ireland from the late 1960s onwards.

Since 2010, Davidson has become internationally renowned for his series of large-scale portraits of actors, musicians, poets and writers. While painting these familiar faces, he became increasingly preoccupied, not with their celebrity, but more with their status as human beings. This continuing exploration of ‘common humanity’ is the foundation on which Silent Testimony rests.

Until now, the artist, who grew up in Belfast and studied art at the University of Ulster, has not responded overtly to what he witnessed or personally experienced during the Troubles. Silent Testimony is a powerful response which reflects on how the conflict has had, and continues to have, a profound impact on thousands of individuals – the injured, their families, the families of those who died and the wider community.