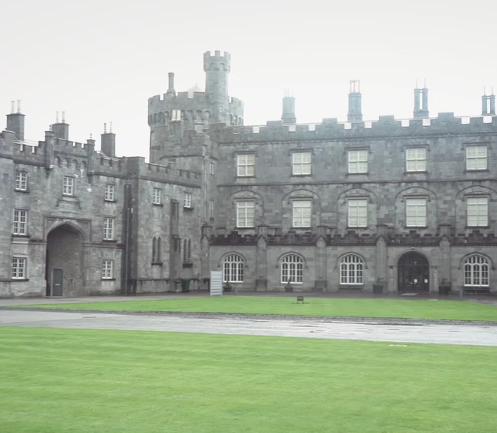 Since its foundation in 1974, Kilkenny Arts Festival has gathered many of the world’s finest musicians, performers, writers and artists in Ireland’s medieval city each August. For ten days, the city’s historic churches, castle, courtyards, townhouses and gardens offer a magical setting for unique collaborations and intimate encounters between audiences and artists.

From the beginning, classical music has been at the core of the programme, featuring globally acclaimed artists such as Victoria de los Angeles, Alfred Brendel, Jordi Savall, Steven Isserlis, Dawn Upshaw, Nigel Kennedy and Joshua Bell among many others. Last year, the Festival presented its most ambitious musical project to date: Beethoven’s complete string quartets and piano concertos in 12 concerts across ten days. The Festival has also frequently showcased Kilkenny’s exceptional local tradition of baroque performance, not least through the performances of Camerata Kilkenny (which was founded at the Festival in 1999) and its co-founders, violinist Maya Homburger and organist/harpsichordist Malcolm Proud. True to our vision of championing excellence without regard for musical genres, 2014 also saw the Irish debuts of the Basiani Ensemble (Georgia), the Early Opera Company (UK), Canzoniere Grecanico Salentino (Italy) and La Chiva Gantiva (Colombia).

Over the decades the Festival has staged major open-air productions of Shakespeare, and has recently built on this tradition, hosting from 2012-14 annual residencies by Shakespeare’s Globe in the historic Castle Yard, Ireland’s finest open-air theatrical space. Other theatre artists presenting work at the Festival in recent years have included the legendary Peter Brook and a residency by the Free Theatre of Belarus.

Poetry has also featured prominently since the early years in the 1970s, when Seamus Heaney acted as literary curator and brought some of the world’s finest poets to Kilkenny, including Robert Lowell and Sorley Maclean. Last year, former US Poet Laureate Billy Collins was the Festival’s poet-in-residence, while extraordinary performance poet Kate Tempest gave the Irish premiere of her new album.

Under the artistic direction of Eugene Downes from its 2014 edition onwards, the Festival has further enriched its music programme with major series focussing on a single composer, and also through The Marble City Sessions, a new cross-genre series of unique musical collaborations featuring a range of artists-in-residence, hosted and co-curated by the great Irish traditional musician Martin Hayes. In residence last year were – among others – extraordinary new Irish-music group The Gloaming, jazz master Bill Frisell and cult folk singer Sam Amidon.

Kilkenny Arts Festival is on from the 7th – 16th August 2015. Find out more at www.kilkennyarts.ie