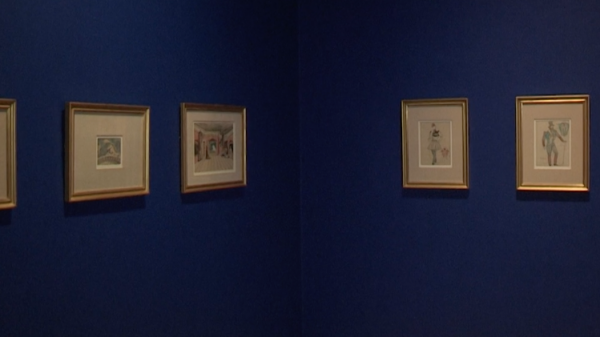 From 1909 to 1929, Sergei Diaghilev commissioned artists from the School of Paris such as Pablo Picasso, Georges Braque, Max Ernst and Henri Matisse, alongside prominent Russian painters to design sets and costumes for the Ballets Russes, one of great artistic movements of the early 20th century. Serge Lifar, principal dancer and eventual Director of the Ballets Russes, collected these works of art and the Serge Lifar Collection at the Wadsworth Atheneum Museum in Hartford, Connecticut, is now recognised as invaluable evidence of the emergence of modernism in theatre and in Western art.

Through generous support from the Josef and Anni Albers Foundation, the Glucksman is proud to present a curated selection of the Serge Lifar Collection in Ireland for the first time. The exhibition SET in TIME includes 33 works on paper with set and costume designs by some of the most renowned artists of the 20th century, revealing how their creative responses to stage and performance gave expression to the modern sensibility in art.