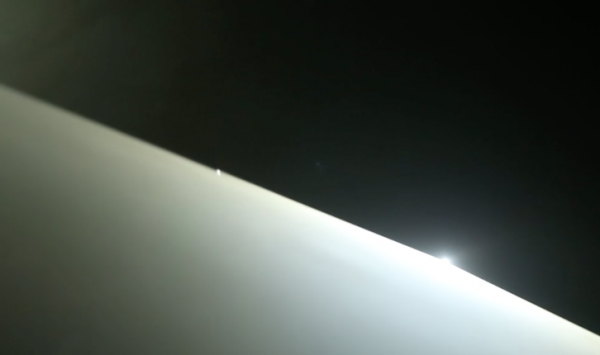 Lismore Castle Arts is delighted to present a solo exhibition by Anthony McCall, bringing together seminal early works such as ‘Line Describing a Cone’ (1973), alongside complex new works such as ‘Swell’ (2016). This will be Anthony McCall’s first solo exhibition in Ireland and presents a rare opportunity to see this important and groundbreaking work.

Anthony McCall (born 1946) is a British-born New York based artist and was a key figure in the avant-garde London Film-makers Co-operative in the 1970s. His earliest films are documents of outdoor performances that were notable for their minimal use of the elements, most notably fire, in the work ‘Landcsape For Fire’ (1972) which will feature in the exhibition.

Works such as ‘Line Describing a Cone’, are based on simple, animated line-drawings, projections which strikingly emphasize the sculptural qualities of a beam of light. In darkened, haze-filled rooms, the projections create an illusion of three-dimensional shapes, ellipses, waves and flat planes that gradually expand, contract or sweep through space. In these works, the artist sought to deconstruct cinema by reducing film to its principle components of time and light and removing the screen entirely as the prescribed surface for projection. The works also shift the relationship of the audience to film, as viewers become participants, their bodies intersecting and modifying the transitory forms.

The exhibition will be accompanied later in the summer by a fully illustrated catalogue, featuring installation images of the exhibition at Lismore.