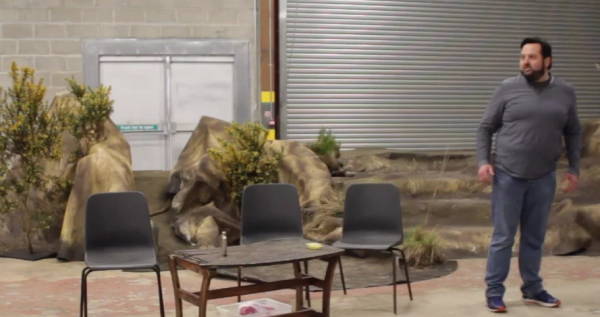 Following the success of three major productions at Visual in 2016, Carlow Little Theatre Society return to the George Bernard Shaw Theatre in April 2017 as part of this year’s Pan Celtic Festival with Marina Carr’s provocative and bewitching play ‘By the Bog of Cats’.

Blending Greek myth and Irish folklore, this surreal drama is loosely based on Euripides’ tragedy Medea and tells the prophetic tale of Hester Swane, an Irish Traveller, who attempts to come to terms with a lifetime of abandonment in a world where all whom she has loved have discarded her. Set on the bleak, ghostly landscape of the Bog of Cats, the play is a furiously uncompromising tale of greed and betrayal, of murder and profound self-sacrifice, all interspersed with moments of great humour and levity.