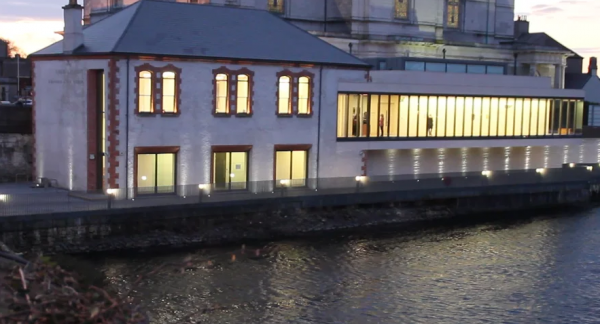 Luan Gallery is delighted to announce its first exhibition of 2017 entitled An Afterwards which will feature the work of leading contemporary Irish artist Mark Garry. The exhibition will feature new work by Garry and will respond directly to the architecture and design of Luan Gallery. Launching on Saturday 11th February at 6pm Luan Gallery will host a wine reception to which all are welcome.

A native of Mullingar, Garry is renowned for creating delicately considered site-specific installations. In his Luan Gallery show, Garry will respond to the physical gallery spaces while reflecting on time spent visiting relatives in Athlone as a child.

Garry says of his upcoming exhibition:
“When approaching exhibition making I try to make works that respond both to architectural space and a social situation. While there are consistent materials and apparatus’ employed in each exhibition, I respond to each situation with a new set of conceptual criteria”

Garry has held exhibitions at museums and art venues in Europe, North America, Australia and Asia and was one of the artists who represented Ireland at the 2005 Venice Biennale. Most recently Mark has exhibited at the Serpentine Gallery London, RHA Dublin, Whitebox Gallery New York, Galleria Civica di Modena Italy and Dublin’s Hugh Lane and Douglas Hyde Galleries. Garry’s work is held in many private and public collections including The Arts Council of Ireland, the collection of Arthur and Carol Goldberg and The Foundation to Life, New York.