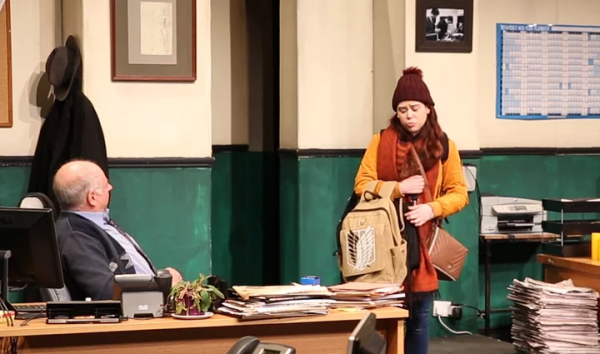 ‘Pearse, Connolly, McDermott and the rest of their merry men; they died for a Republic. But we don’t live in a Republic. We live in an economy’

A wry and funny look at Irish life one hundred years after the 1916 Rising, what have we become, what is important to us?

From the offices of the Inishshannon Chronicle, the intrepid staff report the news as the country faces a General Election, their town attempts to mark the 1916 Centenary by celebrating a rather tenuous connection to the Rising and their own futures are threatened by a corporate takeover of their newspaper.

These events put the editor of the Chronicle on a collision course with his new bosses, challenging everything he believes in. Then throw in a Latvian man who believes he is the brother of Jesus, a missing solicitor and a ferret on the loose in mass…

Through a series of plot twists and with a liberal dash of humour Jim Nolan delivers a timely reflection on the distance between the vision of 1916 and the culture and values of Ireland today.