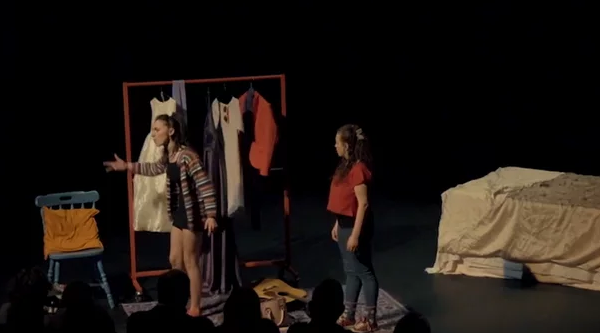 This is the third play by Áine Ryan. It will be performed by Áine Ryan and Erin Ryan, also real life sisters. The plot revolves around the sisters who have lost their parents in a car accident and are living with their aunt in rural Ireland. The youngest sister Jackie is still in school and the older sister Rita is desperate to go start a theatre career in London but is staying put in the house until Jackie finishes her education.

Jackie gets pregnant, and tells Rita that the father is Mick, their aunt Maureen’s fiancé. Rita feels sixteen year old Jackie is far too immature to have this child, never mind the effect she predicts it would have on their aunt who has been very generous toward them. Jackie is madly in love with Mick, though, and thinks that having his child might be her only way of sustaining a relationship with him after he gets married to Maureen next week.

All set in London on the weekend of the abortion appointment, the girl’s plan goes completely pear shaped when they bump into their aunt unexpectedly also over from Ireland for the weekend. Rita sends Jackie to the clinic alone, and spends the day shopping with aunt Maureen instead. However when Rita arrives at the clinic later that afternoon to meet Jackie, a new surprise awaits her, and the evening starts spiralling out of both sister’s control…