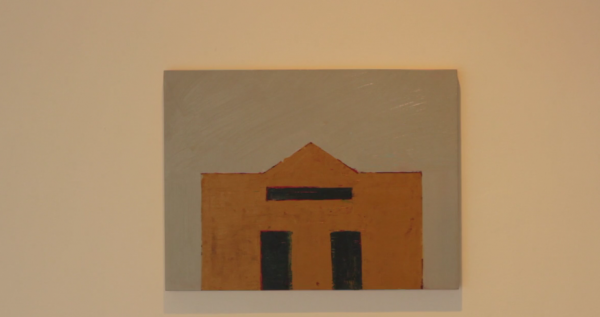 These drawings and paintings at Draiocht in Blanchardstown capture glimpses of cinema interiors and fleeting images of the facades of Irish picture houses. GLIMPSE is infused by Ruth McDonnell’s own passion for cinema and by the years she has spent working in film and television.

Ruth McDonnell studied at NCAD Dublin; Medway College of Design, Kent; Dún Laoghaire IADT; and DIT Dublin, where she was awarded a Degree in Fine Art. Her residencies and awards include Royal Dublin Society Printmaking Award; Arts Council bursaries in 2004 and 2008 and Cavan Arts Awards in 2004 and 2013 and a Ballinglen Arts Foundation Fellowship 2014. Ruth has exhibited at the RHA, Dublin; the RUA, Belfast; Éigse, Carlow; VUE, Dublin and in group shows across Ireland. Ruth’s work is held in the Irish Government Art Collection and other public and private collections. This is Ruth’s seventh solo exhibition.