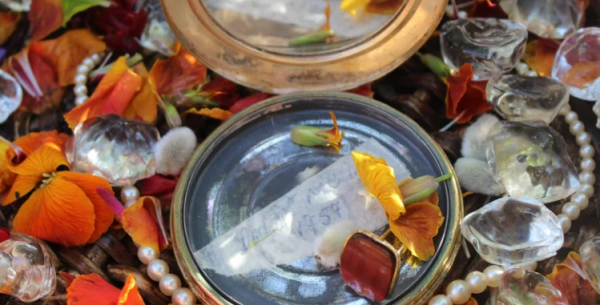 Acton Town to Cork City captures an arrested moment, a family in transit who attempt to find comfort in possession of the familiar. They return to their own country to find it has become unknown to them and which they must negotiate afresh.

It is an exhibition of photographs on the subject of the artist’s family return to Cork from London in the 1970’s.

“We were Irish emigrants, housed in a tower block called Charles Hocking House. It was a Utopian, but failed, social experiment. The building and the area declined rapidly. With this and events unfolding in Northern Ireland my parents decided to return to suburban Cork in 1972. “-Marcella Reardon

The work captured in these colourful and engaging images places a spotlight on the objects the artist came across while sifting through the various boxes that carried her family’s possessions as they embarked on their return journey to Cork.

In the artist’s first work using photography, we see a not only a change in form but also a breakthrough to a new frontier for Marcella- exploring identity, memory and the powerful charge of the found object; how these seemingly throw-away items create a weight when put into the context of personal connection, personal history.

This exhibition comes at a timely point here in St Peter’s Cork as we come to the close of the centenary year for the 1916 Rising, we have been closely examining the roots of our republic throughout the year. ‘Acton Town to Cork City’ is documenting another key period in Irish history and focusing on the artist’s own roots, which owing to the immigration story in our country’s history is a relatable topic for so many Irish families. It also shines a light on the current issue of global immigration, with so many lives in upheaval as they are uprooted from their homes and struggling to find security in new territory.