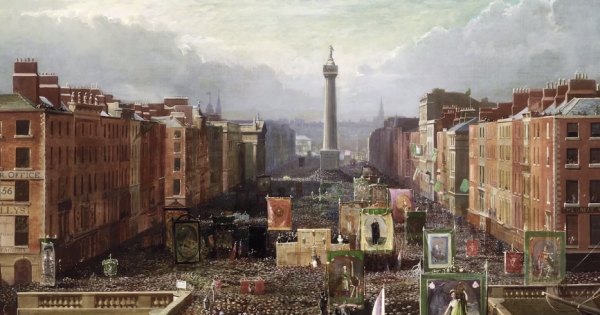 This exhibition will represent the Gallery’s principal contribution to the Decade of Centenaries. It will comprise some 50 paintings spanning the 17th century to the 1930s, depicting or inspired by episodes in Irish history from the early 5th-century arrival of St. Patrick to the establishment of the Free State. On display will be paintings from the National Gallery of Ireland’s collection, complemented by loans from public and private collections in Ireland and overseas. Works on display will include Jan Wyck (c.1640-1700), The Battle of the Boyne; Francis Wheatley (1747-1801) The Dublin Volunteers on College Green, 4th November 1779; and Joseph Patrick Haverty (1794-1864), The Monster Meeting at Clifden in 1843. Other artists represented in the exhibition include James Barry, Charles Russell, John Lavery, Richard Thomas Moynan, Sean Keating and Jack B. Yeats.