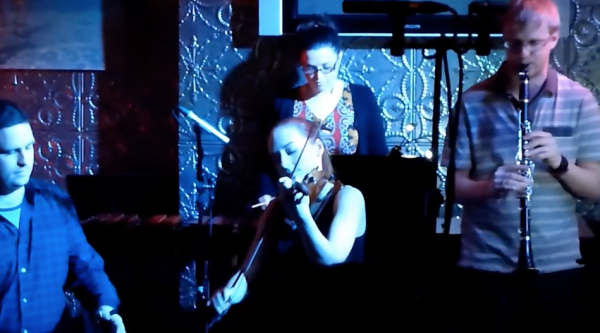 “Kaleidoscope Night is a unique salon music experience that happens on the first Wednesday of every month at the Bello Bar, 1 Portobello Harbour, Dublin. Now in its seventh year, the series has been described by The Irish Times as a “genre-blind mini festival” and “one of those life-saving, spirit-lifting, pioneering cultural ventures we keep hearing about”.

The series is undertaking a national tour of Ireland in Spring 2016, having been presented previously in Galway, Kilkenny, Bantry, Clifden and Waterford.

Founded by violinst Cliodhna Ryan and cellist Kate Ellis, the series brings the worlds of classical, contemporary and experimental music together, in a magically intimate and informal setting. Showcasing Ireland’s premier performers of all genres of music, Kaleidoscope has become something of a cultural institution in Ireland, though we like to think of it as more of a cultural community.