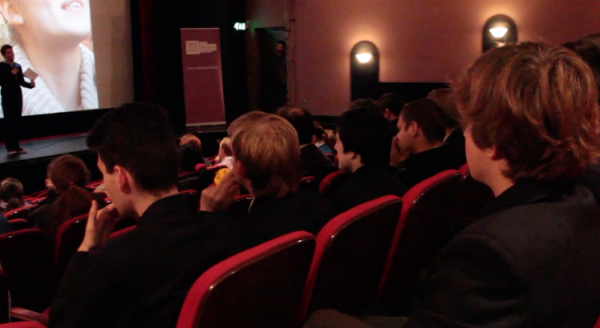 The Junior Film Fleadh is the young people’s arm of the prestigious Galway Film Fleadh, featuring World Cinema, Documentaries and Irish language programming for young people, as well as Social Awareness Screenings, Workshops to develop filmmaking skills and a Story Pitching Competition that emphasises the importance of writing to the audio-visual industry. This year we celebrate 21 years of entertaining and educating young people through the power of film. Like our big sister festival, the Galway Film Fleadh, the Junior Fleadh is a festival for discovering new talent.
We place the work of young people themselves at the centre of its annual festival with a curated programme of student short films from all around Ireland, called Future Filmmakers. Also, we curates our cultural cinema programme with respect to school curricula in foreign languages, with an emphasis on French and German, along with hosting Irish language screenings as part of its ethos of Irish cinema education.
Each edition of the festival is put together in consultation with a Youth Council, comprised of film fans of different ages, schools and backgrounds, to ensure that the many workshops that take place during the festival are relevant and of interest to the young cinephiles taking part.
The JGFF annual Storytelling competition posits good writing as the backbone of the film and television industry. The Storytelling Competition encourages students to commit their ideas to paper through extremely open criteria which allows them to submit a story idea for any platform or genre – making young filmmakers and storytellers aware of the full opportunities of the modern transmedia landscape.