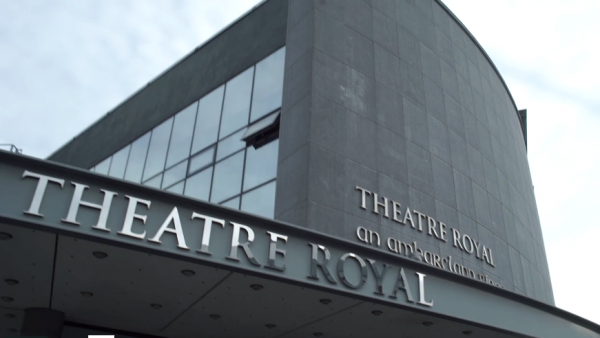 We talk to Ben Barnes the artistic director of The Theatre Royal in Waterford about the venue and their upcoming events for the next few months.

The Theatre Royal, often referred to as “the peoples theatre”, has been the traditional venue for this creative activity down through the generations. As such it is the home for long established amateur societies and has hosted the Waterford International Festival of Light Opera since its inception in 1958.

The Theatre Royal, as the premiere venue in the South East of Ireland, plays host to the best national and international touring artists and companies and with the assistance of Waterford City Council and The Arts Council is increasingly seeking to mount its own productions for the people of the city and the region.

The 125th anniversary of Agatha Christie will be celebrated in the theatre on Friday 25 September with a screening of the 1945 adaptation of And Then There Were None as well as a talk by renowned expert Dr John Curran. A Night Of Musicals is the second in Ignite Productions 2015 performances on 10 & 12 Sept.

Hypnotist Adrian Knight makes a first visit on Friday 9 October and promises a blend of hypnosis, interaction and comedy. No strangers to the theatre, Les Miserables, presented by the South Eastern Theatre Group are on their 3rd sell out run at the end of that month too. One of the first events in the calendar is One Enchanted Evening starring Glenn Murphy. An almost sold out show, with guests Vanessa Whelan and Derek Ryan. Though panto tickets aren’t on sale until Tuesday 22 September, Jack and The Beanstalk is already a talking point around town. There will be plenty of matinee dates and family tickets to spoil the little ones.

This is only a small sample of the season’s events that will be happening and early booking offers are available on some events so check out the new brochure when it pops in your doorway in the next week or two. Lots of events are being added each day to the events page so check it out.
theatreroyal.ie