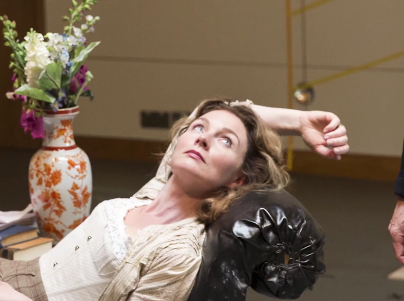 The setting is the Islayev country estate. Natalya Petrovna, a headstrong woman, is married to Arkady Islayev, a rich landowner. Bored with life, she welcomes the attentions of Michel Rakitin as her devoted but resentful admirer, without ever letting their friendship develop into a love affair. The arrival of the handsome student Aleksey Belyayev, as tutor to her son Kolya, ends her boredom. Natalya falls in love with Aleksey, but so does her ward Vera. To rid herself of her rival, Natalya proposes that Vera should marry a rich old neighbour, but the rivalry remains unresolved…

Friel’s adaptation of A Month in the Country is a study of the cruel inequality of love, mingling tragedy and comedy, laughter and tears.